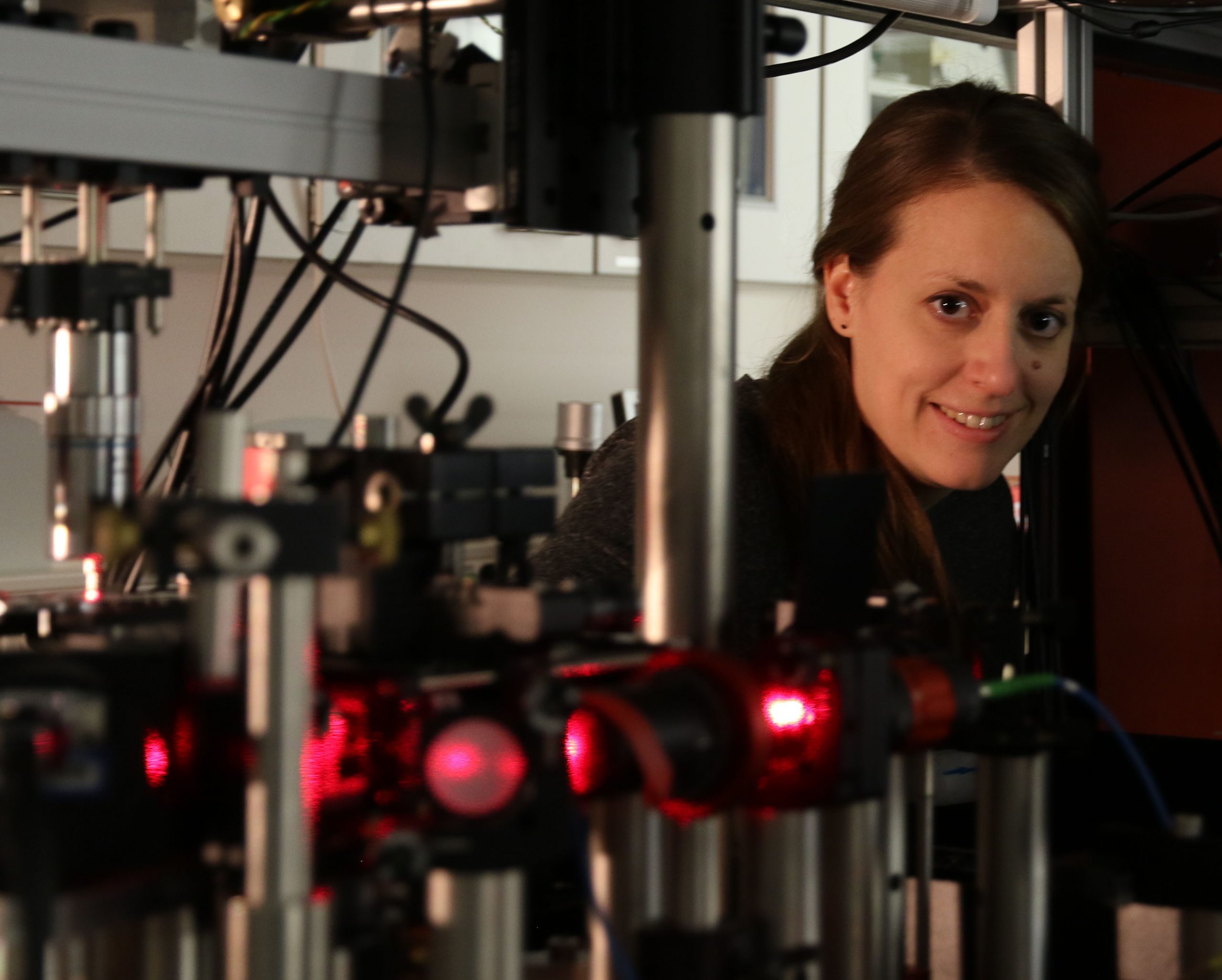 Dr. Sarah Skoff is a physicist working on novel quantum technologies and employing methods from nanophotonics and quantum physics for sensing applications. In her current research she employs nanophotonic waveguides and resonators to enhance the interaction between individual quanta of light and single quantum emitters in solid-state materials. She focuses on quantum emitters in two-dimensional materials such as hexagonal Boron nitride and will investigate its use for solid-state quantum optics in a room temperature environment. Dr. Skoff studied technical physics at the TU Graz before graduating with honors from University College London. For her doctoral work, she moved to Imperial College London, where she also worked as a postdoc, before moving to the Atominstitut of the TU Wien in 2014 as a subgroup leader for quantum optics using molecules in solids, where her first project was awarded an FWF Lise-Meitner Fellowship. She is now working on her own projects in the fields of quantum optics, nanophotonics and sensing, funded by the Austrian Academy of Sciences (ÖAW) and the Austrian Research Promotion Agency (FFG). She is also a member of the collaborative FET-Open project ErBeStA, funded by the European Commission. She has recently been awarded with an Elise Richter grant for her project Quantoom for which she aims to bring the field of solid-state quantum optics to a room temperature environment.